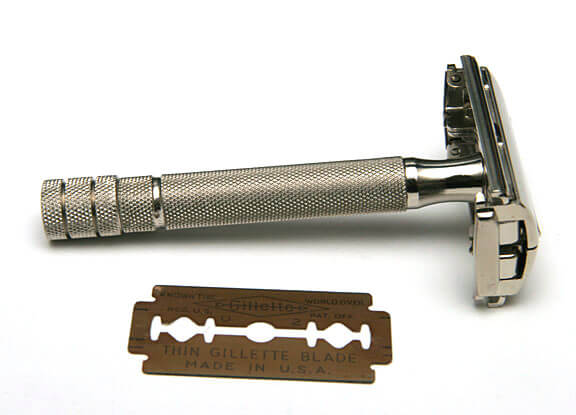 As you may know, vintage razors are the real deal, They’ve got that authentic touch of history about them. 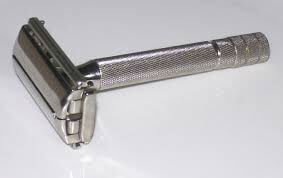 Since they were made when they were actually in use day to day by most men, whereas our safety razors are artificially made to capitalize on nostalgia.

The Gillette Super Speed is probably the most famous of the vintage razors, it has an amazing classic look, it gives and really close yet comfortable shave that feels like you’ve had a barber shave your face.

Best of all? It really takes you back to that classier old-fashioned time when people actually wet shaved. 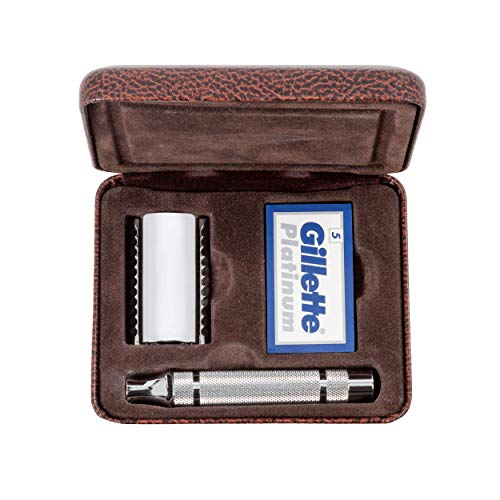 We’ve decided to take a closer look at the Gillette Super Speed to see how well it holds up to scrutiny; no surprise, it’s as good as ever.

A brief history of Gillette

The Gillette brand has been synonymous with shaving since your grandfather was a child.

A company that has outlived two world wars has got to be going something right and It’s not just marketing.

Gillette has been on the front lines of shaving innovation for well over 100 years and for better or worse, is currently leading the way in the 21st century with razors such as the Mach 3.

Before the 1800’s or so, men must have had long flowing beards, the ones the didn’t probably weren’t capable of growing an amazing beard, or were crazy enough to take a sharp blade to their face and shave like Riddick shaved his head.

Eventually barbers started spreading the word of being able to get a great shave, but to get such a good shave they would have to take a special trip to the barbershop in order the reap the benefits.

Razors at the time were expensive and required practice and skill to use efficiently.

A bloodless shave was a commodity, and a smooth chin was a rare feature.

Gillette saw that value in manufacturing disposable products that minimized the maintenance of daily sharpening of your handy straight razor.

The safety razor was also easier to handle and required much less skill to successfully shave without accidentally mutilating one’s face.

Gillette was also able to improve on the blades used at the time by producing blades that were stamped out of a sheet of metal.

Not only did this make for quicker production, but also higher profit margins.

Production started in 1903 for the then named Gillette Safety Razor Company, and the company set the gold standard selling a whopping 51 razors and 168 blades.

Despite a lacklustre first-year, Gillette managed to increase razor sales by over 1500% and blade sales by over 700% the following year.

By the end of the decade, Gillette was manufacturing razors in five countries in North America and Europe.

In 1920, the company put an emphasis on research to ever improve the way guys got a great shave.

Gillette is now owned by Proctor and Gamble, and continues to innovate the world of modern shaving.

Gillette products are endorsed by athletes in virtually every major professional sport and ads can be found featuring leading men of Hollywood and Grammy Award winners.

Despite their continued innovation, is it possible that the company peaked in the mid-20th century with safety razors that maximized mass productions and a quality shave.

Where to buy a Gillette Super Speed

Below is a small selection of the Gillette super speeds that you can purchase from Etsy.

If etsy isn’t your thing, then an alternative is to look on ebay I’ve had a lot of success with purchasing vintage safety razors via ebay. If you want to see what ebay has to offer check out these Gillette super speeds.

Pros and cons of the Super Speed

This razor is gorgeous. Granted, each Safety Razor has a different look, but the majority of them look like your typical DE safety razor – the chrome handle, the rounded adjustable razor head, and the flared bottom to make it stand upright.

Still, the heaviness and grid-like texture of the stippled handle is really nice, since it makes for a lovely sight to a razor that is still incredibly balanced.

Since it’s a bit heavier than normal, it makes it that much easier to let the blade’s weight do the work for you.

The history of the Super Speed is one of the most interesting things about it.

The Gillette Super Speeds, in particular, were made in the mid to late 1950’s, the Golden Era of wet shaving.

There are a variety of differences between each model from Red dots, to flare tips and more.

Each one know for their individual idiosyncrasies that make them unique among Safety Razors.

It seems that each one is like a snowflake, individual and unique which is why they are so great for collecting.

One make con and perhaps the only con I can think of is the relative unavailability.

If you want one be prepared to dig about. You won’t find these in a store because Gillette stopped making them in favour for the rubber handled disposable razor market.

If you are able to find one you are in luck as these babies are pretty cheap.

This is because they are so old, yet still they are relatively high in number, with a bit of digging you will probably find one on eBay, Etsy or a similar type of site for under the price of a cup of coffee.

Just do a little digging online or around town, secondhand shops etc and it won’t be long before you bump into one.

If you are unable to find one, then I personally recommend any one of the safety razors on our best safety razor list

Who should get the Gillette Super Speed?

The Gillette Super Speed seems to appeal mostly to collectors, those who have a bit of an obsessive spirit about wet shaving as a hobby.

The sheer variety of models makes the Gillette Super Speed ideal for collectors.

Each one with its own history and reasons for being made they way it was.

You will find variations in each model, which really is a thrill for collectors.

Each model has a stamp under the head of the razor which consists of a letter and number, this shows you what year and quarter in which it was made, this gives the ownership of one of these razors an extra personal touch as not only do you know the year it was made but almost the exact month.

Aside from the novelty of collecting.

The Gillette Super Speed gives a fantastic shave, it’s a razor that gets the job done and the results of the shave are breathtaking, leaving you with little to no redness or irritation.

The times I’ve shaved with a Gillette Super Speed I couldn’t help but notice how amazing the shave was, the razor just glided over my face taking away all those little hairs I no longer required, leaving my face as smooth as babies skin.

It’s surprising that for something so old, that it does such an amazing job overall I’m very impressed with the way it’s able to still get the job done.

The Gillette Super Speed is probably one of the best vintage double edged safety razors you could lay your hands on.

It’s authentic, there’re millions of different varieties and it won’t cost you an arm and a leg to own one.

Just a little bit of effort to track one down.

In the world of vintage razors the Gillette Super Speed is among the best there is.

It’s in that sweet spot of affordability, sleek design, and sheer quality of shave that makes it impossible to not want one.

Every model is a time capsule unto itself, so it’s no wonder that people are obsessed with the Gillette Super Speed.

If you are wanting to capture the shaving experience of your grandfather, then you really have to try out a Gillette Super Speed.

If you are interested in knowing more about the Gillette Super Speed then it’s worth checking out these links below:

Loved the article? Why not check out more of our shaving articles or if you want, you can see more from safety razors 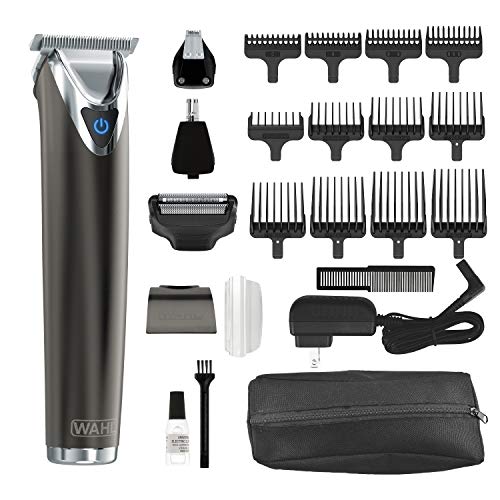 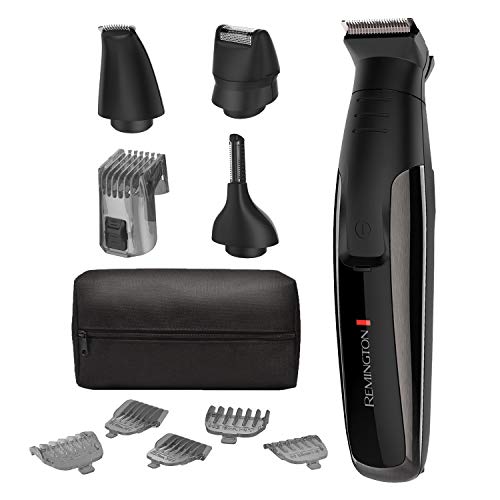 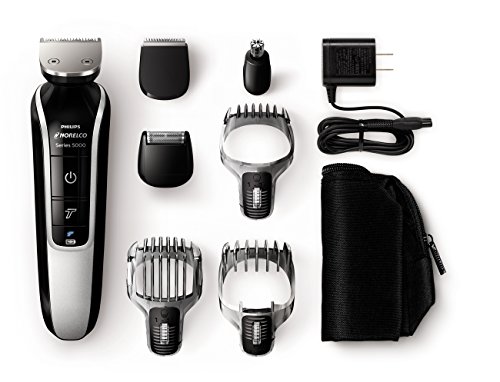 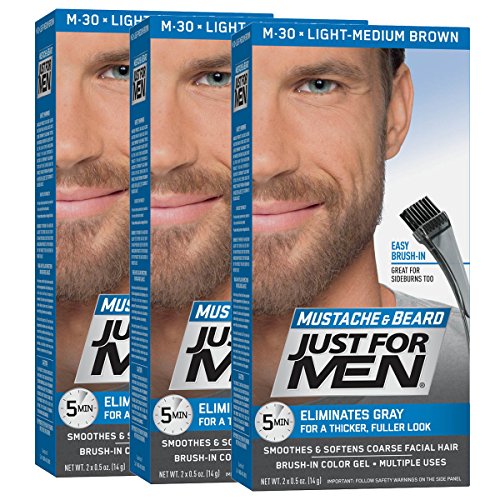